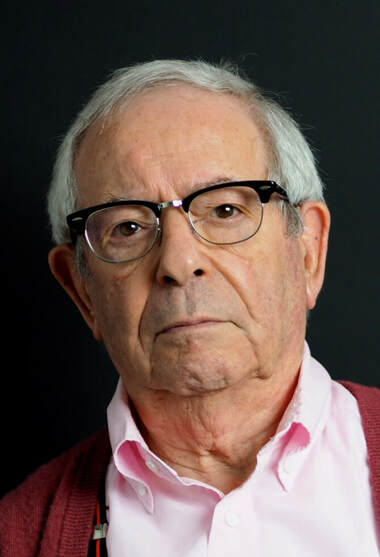 Ivan Berg's portraits
​
In the age of Selfies and Apps that are able to change women's faces to the extent that they become unrecognisable, Ivan Berg's portraits are their antithesis, capturing the personality by presenting a full-frontal face and neck, untouched. The eyes, the window to the soul, are the focus, they look straight out at the viewer. Unwavering, they say "look at me, looking at you, for I am me."
By using the same black background, and the same Rembrandt lighting*, with every sitter wearing a black top to merge with the background, the faces stand out, sculpted by the lighting.

Ivan Berg says that he didn't set out to create portraits like this. "The idea emerged slowly, with two very patient sitters and hundreds of shots with different lighting and poses. And yes, there was a 'Eureka' moment when I knew for certain that I had found what I had been looking for.
"I now see myself as more of a portraitist than a photographer, I have become fascinated by faces and how very different they are. I have concentrated on portraits of women because since the advent of glamour photography in the 1930s, I think, obviously with a few famous exceptions, photographs of women, and in particular, young women, have become more and more unreal. Lighting is softened to flatter the skin, poses are coy and smiley, and post-production retouching and photoshopping are on an industrial scale."
*Rembrandt Lighting is dramatic portrait lighting derived from that commonly used by the Dutch master painter, and a term allegedly coined by pioneer film-maker Cecil B DeMille who first used the technique in a film in1915.
HOME     SLIDESHOW       REMBRANDT LIGHTING       CONTACT